Eat Your Heart Out, Hrothgar!

What do you get for the medievalist who's got everything? Well, in the case of my children, they decided to make me a birthday castle. First, here are the cardboard-masons who constructed the edifice. Apparently, from the Korean flag atop the structure, this was a European/Korean fusion style castle. 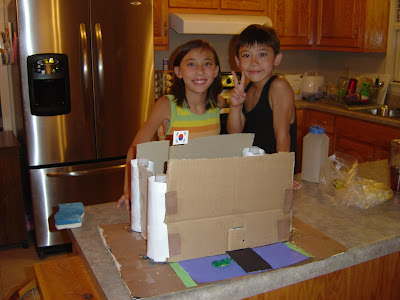 ... followed by a close-up of the front gate. Note the alligator in the moat. The finger belongs to the young female cardboard-mason. 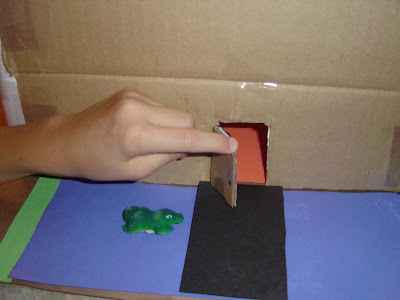 And finally, a look at the interior of the castle. I am informed by my in-house medieval archeologists that the red objects are medieval chairs, and the other is a medieval table with a green tablecloth with (from top to bottom) a sword, a pitchfork, and a torch. The white tubes are the interior view of the four turrets of the castle. 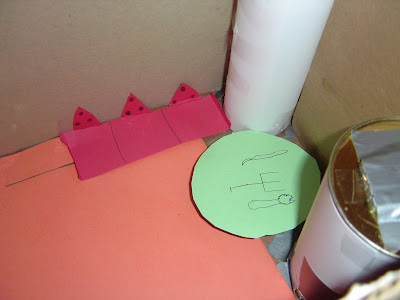 So, woe to the troll, dragon, or Viking who tries to assault the lands of Nokes. We are defended by an impregnable castle. We can sit out a long siege in comfortable red chairs while our 'gators eat you alive.
Posted by Dr. Richard Scott Nokes at 8:54 PM