I'd mentioned the Big Beowulf Bash several times here, but I've neglected to report on how it went, mostly because I've been so busy.

For those who missed it, on Saturday the MediEvolution Project (i.e., me and my popular medieval outreach) and Sigma Tau Delta (the English honor society) hosted the Big Beowulf Bash. We started with a public discussion of Beowulf, including the history of the poem, the manuscript, and popular adaptations, which is a nice way of saying I gave a lecture. That was followed by a Beowulf Quiz Bowl competition between two teams from the Charles Henderson High School AP English class, in which the girls dominated and trounced the boys' team. Next, we had a dramatic reading competition -- here, one of the CHHS boys redeemed their honor by leaping up on the table and thrusting a wooden sword in the air during his reading -- Đæt wæs god scop! Finally, we had a trivia contest for the whole audience, and then a 12-and-under trivia contest. 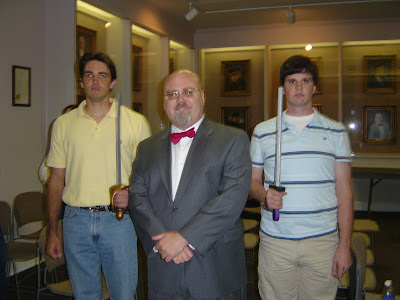 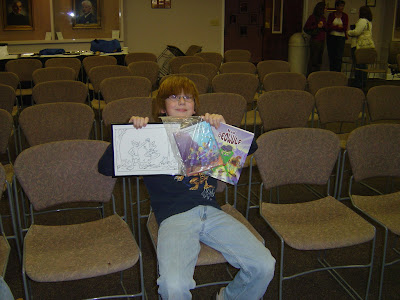 Ryan Jones, who swept the kids' trivia contest
The only disappointment was that I asked my daughter to take pictures, then forgot and left my camera in my pocket, so I have no images from the event itself, only from afterwards. I would like to thank the following:
Our sponsors...
Also, our unofficial sponsors, who kindly provided millions of dollars in television commercials and product tie-ins to publicize my event, and who even went to far as to produce a feature-length film in anticipation of the Big Beowulf Bash...
And others who helped ...
... and other people I'm sure I'm forgetting. It was a great event! 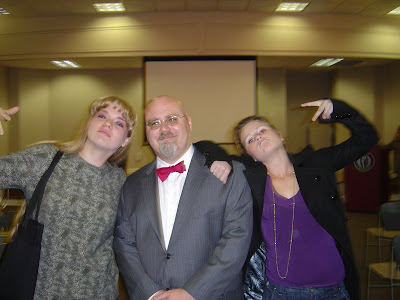